Waterfalls and mountains – a weekend in Portland

Portland is a good starting point for all kinds of nature interested people. There are Waterfalls or great hikes to do, there is the Columbia Gorge and always snowcapped Mt. Hood (11,250 ft.). North begins Washington, a state that’s also benigned by a wonderful nature and high volcanoes that are the landmarks in the Cascade Range: Mt. Ranier, Mt. Adams (12,280 ft) and Mt. St. Helens (8,366 ft) wich is still a giant even if the volcano blowed up his upper 1.,300 ft in the 1980 eruption.

On Saturday, Jenny and I drove eastwards to the Gorge. On my last visit in October there were nearly all waterfalls closed due to the heavy wildfires in the Gorge. Still there is much to see from the fire and nobody knows, how and when nature recovers. 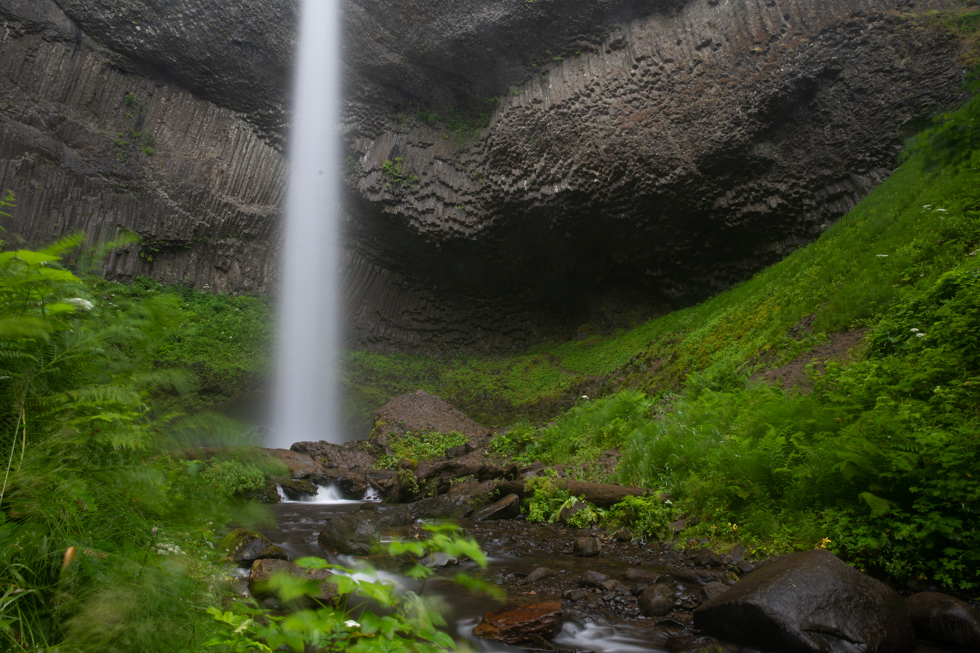 We started at the most western falls: Latourell Fall and Bridal Veil. Both can be reached within short walks and they were affected less by the fires.

Multnomah Falls can be reached directly from the highway. But there were so many cars on the parking lot that we decided to drive to Hood River for lunch and have a look at the colorful kite surfers on the Columbia River. After a nice pizza we went south direction Mt. Hood. It is a kind of magic driving straight in the direction of this majestic mountain capped by snow. 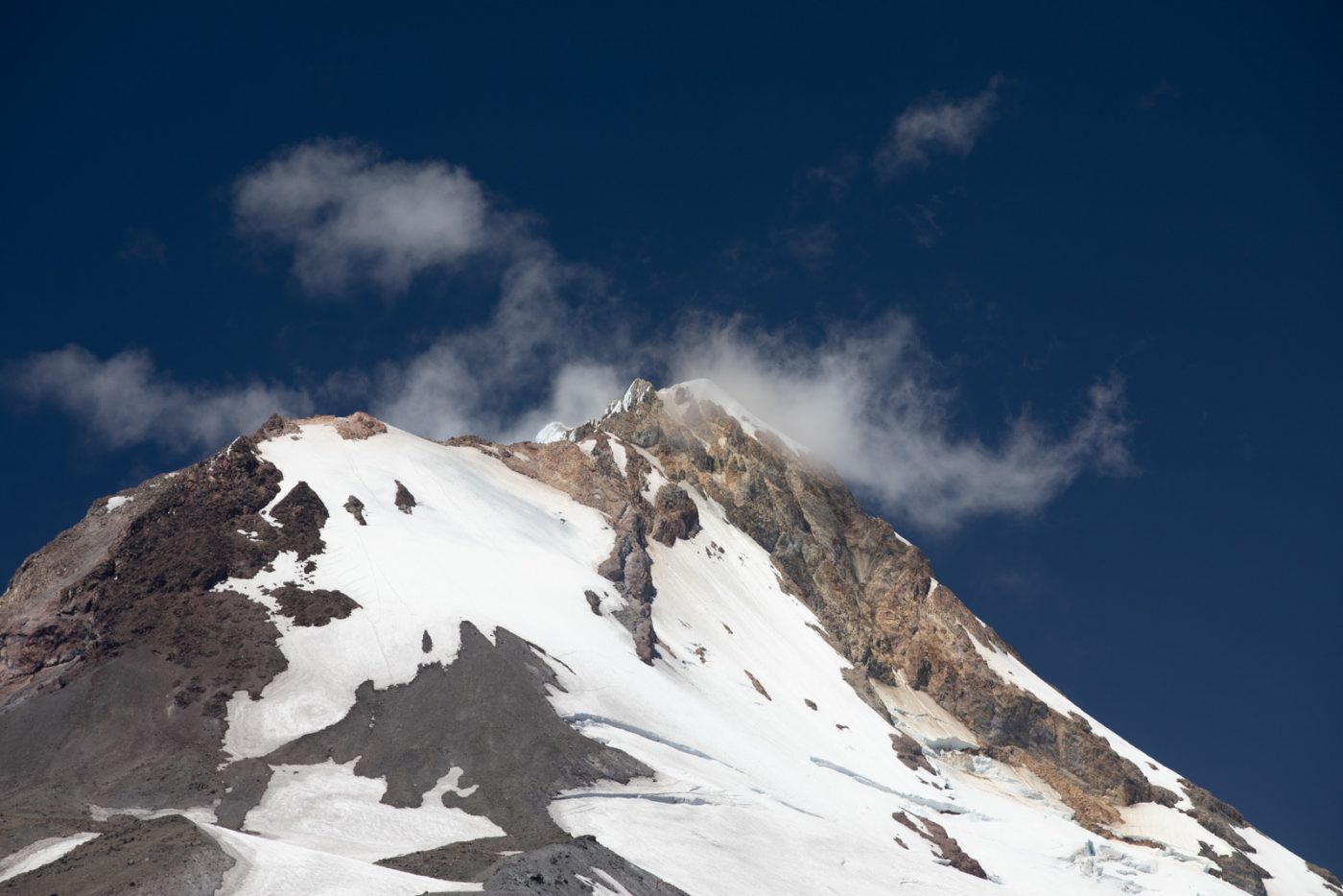 First Stop was Mt. Hood Meadows and the hike to the Umbrella Falls. This beautiful cascading waterfall you can see in the title. It was not easy to picture because the day turned clear with awesome blue skies, so the light was very harsh. But Jenny also took some very charming pictures of the falls. Everywhere were the meadows in bloom: blue floods of Polemonium pulcherrimum and Mertensia paniculata. Veratrum californica just was pushig up the flower stem, Cenophyllum tenax, the Beargrass was just in bloom. In between the sweet small Anemone oregana. Here is a slideshow for the plant fans:

But this was not the end. We stopped at White River because the flood of grey stones struck us as an interesting motif. 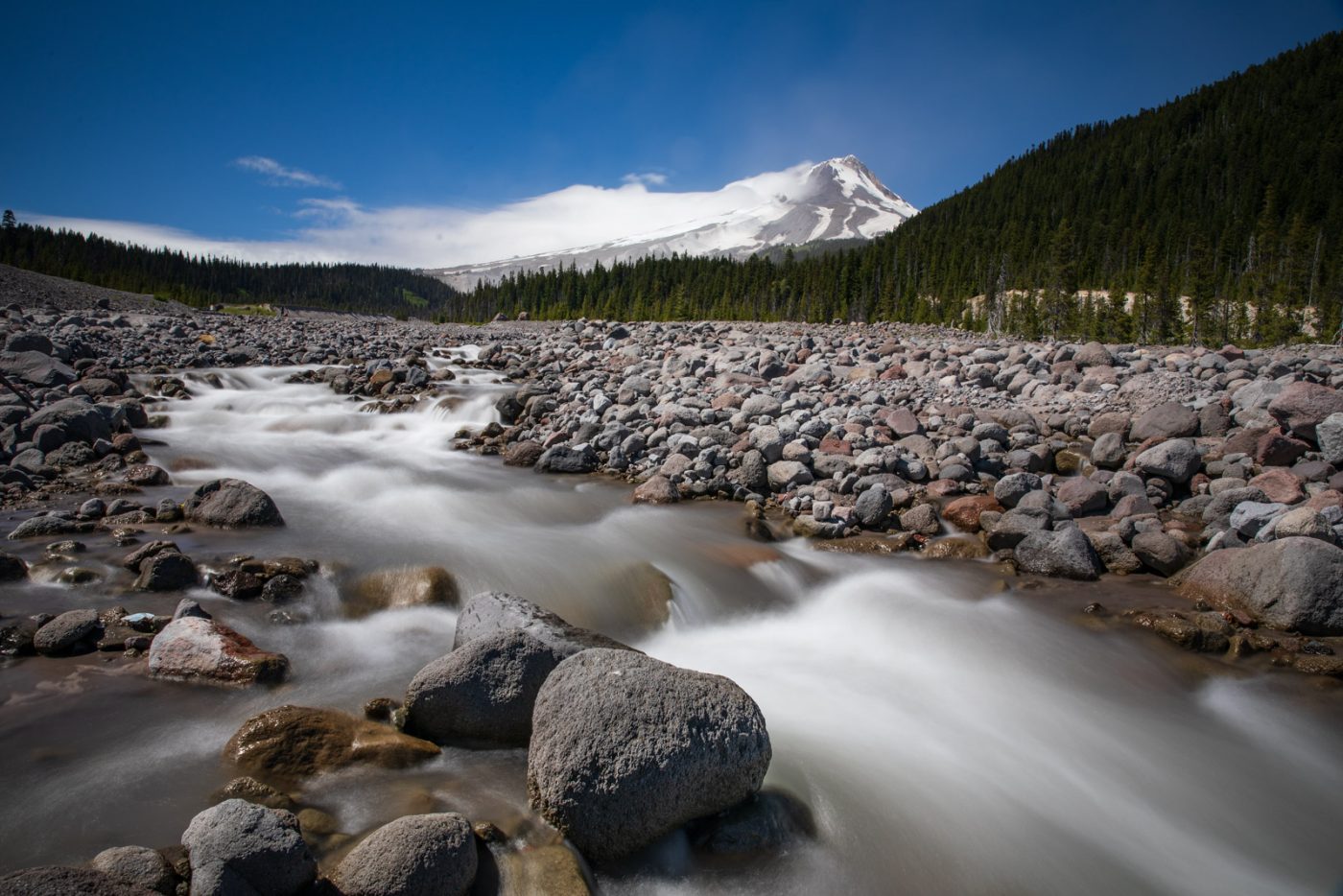 The Timberline Lodge was a must see, not only because it is an interesting place, but because it was the scenery of „Shining“. The view of snow and skilifts left me dreaming of skiing.

Then next morning we left early to be at Multnomah Falls before all the other visitors come. The falls are iconic, they somehow stand for the beauty of the Gorge. And in fact, the falls are beautiful and very special. Being early was a good plan, there were only a few people. But I had do to a trick to get the bridge empty of people without photoshopping. I used a ND 0,9 and set the shutter to 1 min 42 sec. If you ask yourself about the color of the pictures of the Gorge: Yes it’s really the most greenest green here. The moss is so powerful in reflecting that you have to desaturate the picture especially if you don’t want to look the water greenish. 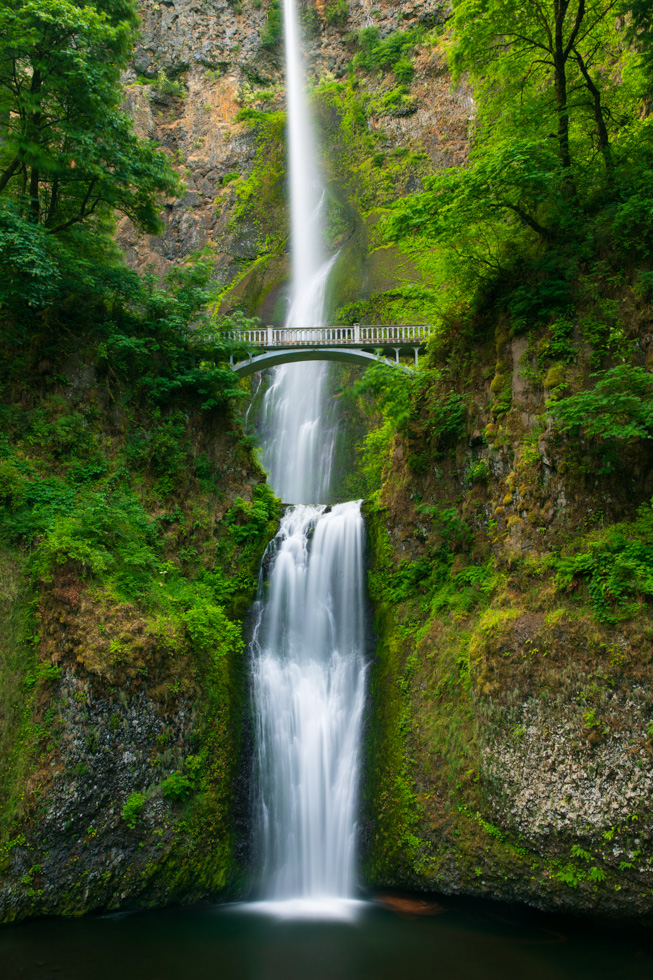 After Multnomah we drove to the meeting point with Tom for our hike. But ths will be in the next post!