Wisteria, in Germany often called Blue Rain, are really wild climbing shrubs. They grow fast and powerful. The shoots get 100 ft long. The trunks are getting so powerful that they destroy nearly everything in their way and rip the fixations off the walls. But once a year they bloom in April/May. The flowering is so spectacular, that it rewards for the rowdily behavior. Wisteria get wonderful long panicles with hundreds of blue oder white flowers and a heavy fragrance. The seed vessels are beautiful too, a little bit furry and hanging on very long stems which is beautiful the whole winter when there are no leaves.

To discipline them is hard work, much and heavy cutting, but it’s worth it. When you do this, you can bring the Wisteria in every shape you want to – if it’s a tunnel, a pergola or a little tree. They have so much energy to bud and get very old. Especially in Japan there are old Wisterias with characterful trunks and interesting forms of trunks.

The japanese Wisteria floribunda, has huge panicles, they can get about 10 ft long. In Europe, you will find mostly the chinese Wisteria sinensis. The panicles are shorter, but the flowers are bigger and very close to each other. The leaves grow only during or after the bloom, they reach their size when the flowers are gone and build a thick and shady canopy.

At Hermannshof in Weinheim they combine both species to a wonderful walkway. The walkway was planted in 1924, nearly a hundred years ago. In spring, the walkway with his powdery blue colours is one of the most spectacular corners of the Hermannshof. Here, the sinensis are in full bloom and the floribunda are about to open.

The flowers are very sensible to late frost. So this year the deep temperatures in April caused many Wisteria to freeze to death. At Hermannshof they were lucky because the garden lays on a hill – so the cold air flew down the hill. 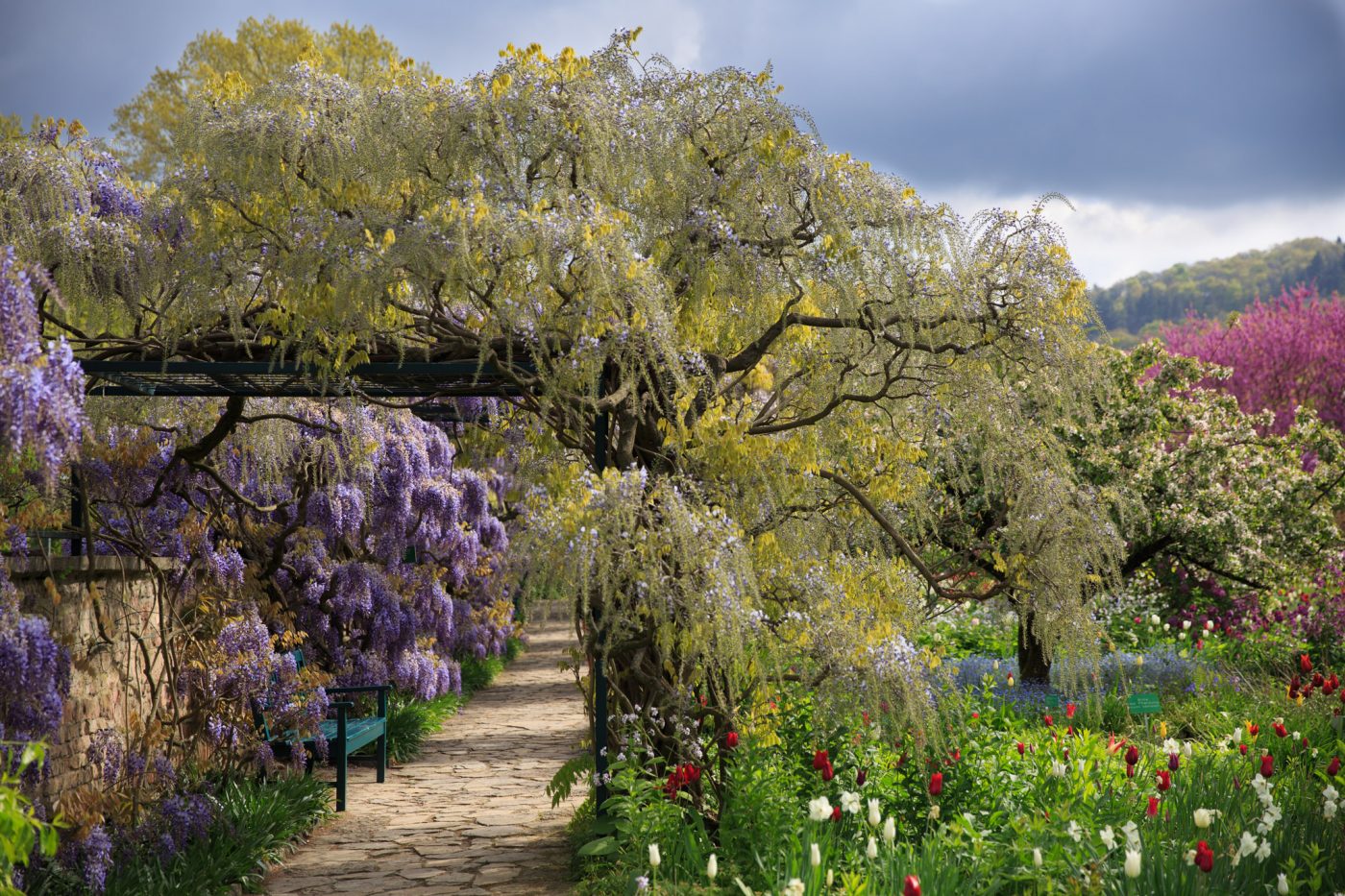 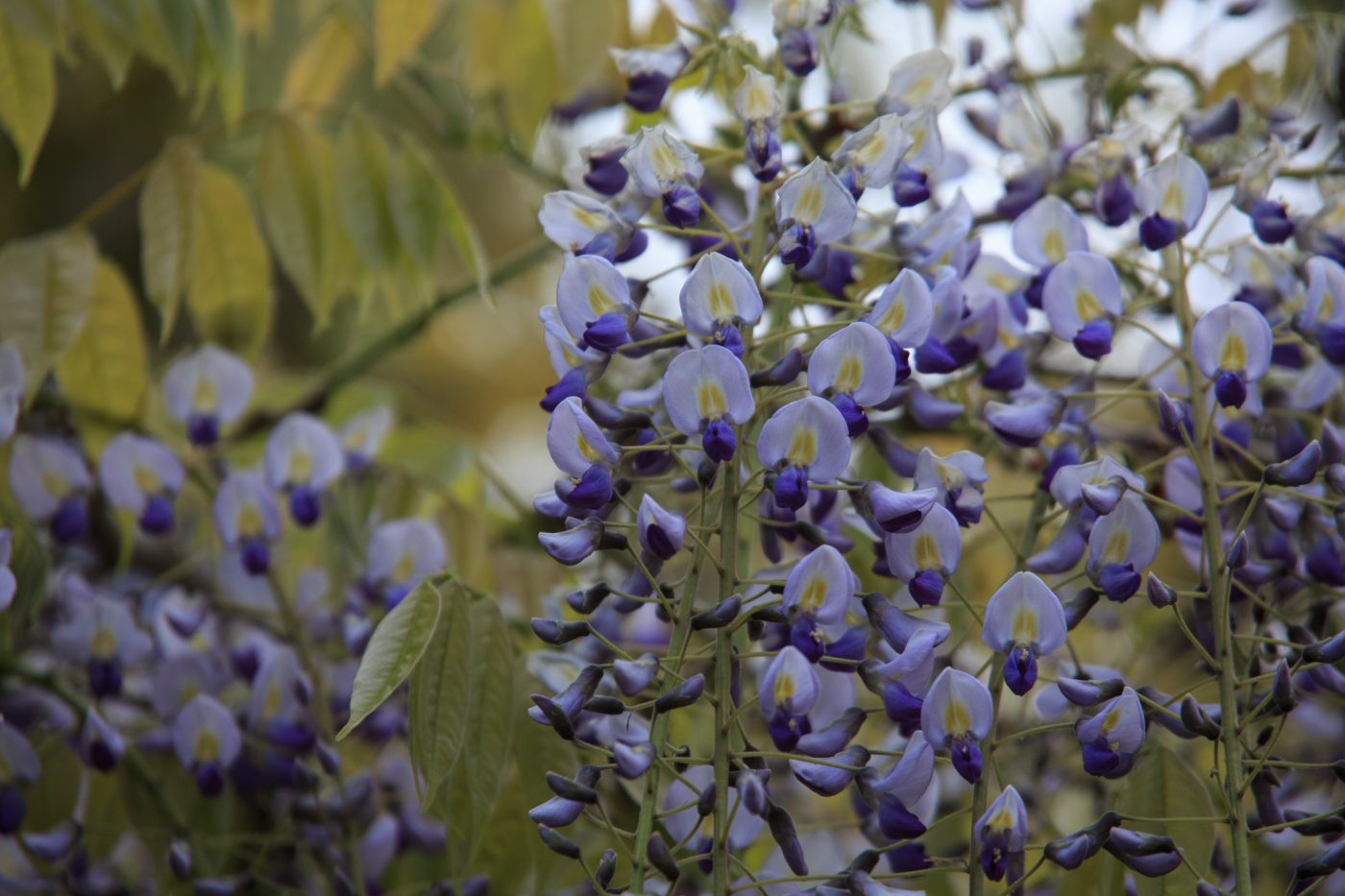 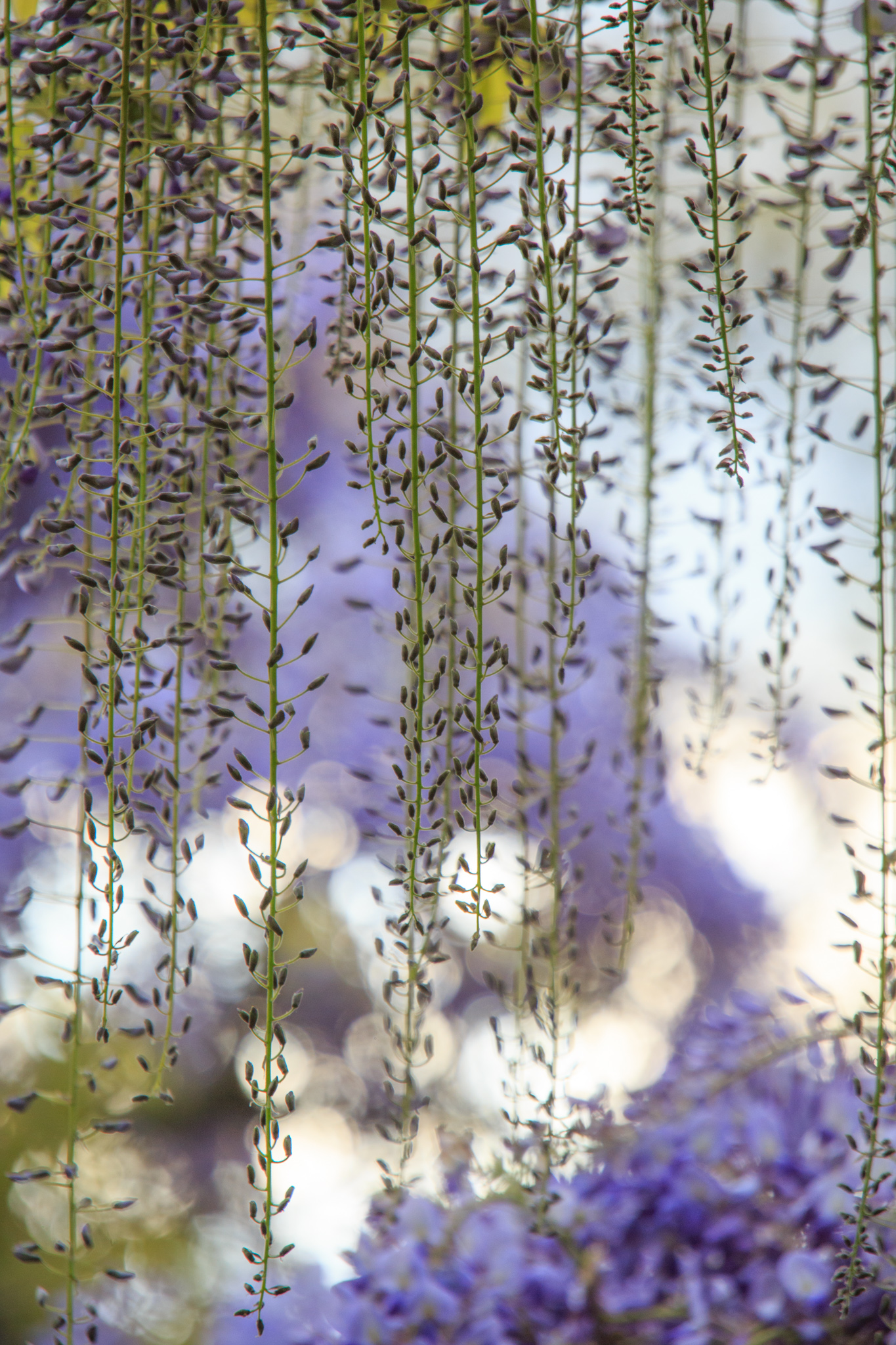 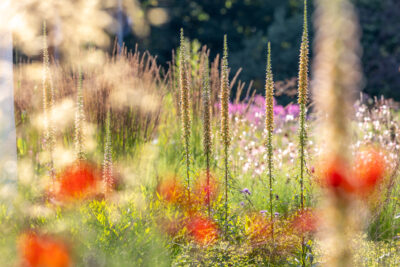